Miramar, FL – Abortion clinic owner Belkis Gonzalez pled guilty on December 20, 2007, to practicing medicine without a license at a Miramar, Florida, abortion clinic. By changing her plea, Gonzalez avoided trial. She was sentenced to 5 years probation and told she can no longer work in the medical field.
However, according to a source that wishes to remain unnamed, that clinic continues to operate under the supervision of Gonzalez’ 23-year old daughter, Natali Vergara.
Gonzalez and her associate, Siomara Senises, were involved in the death of a baby born alive in July, 2006, at a Hialeah, Florida, abortion clinic, which is now closed. That death was discovered when an anonymous call was made to the police, who discovered that an infant was born alive during a late-term abortion, placed in a biohazard bag, and tossed onto the roof of the abortion clinic by Gonzalez in order to avoid detection. The mother of the dead baby girl, who was named Shanice Denise Osborne, has since come forward and corroborated the story.
Senises faces trial later this month for practicing medicine without a license at the Miramar clinic.
No charges have yet been filed in the Hialeah case.
Gonzalez-owned mills have a long history of unlicensed workers. Medical student Kieron Nesbit fled to Trinidad rather than face charges of committing abortions without a license. His friend Robelto Osborne, also from Trinidad was convicted of four counts of the same charge. In addition, last year abortion clinic cleaning lady Adrianne Rojas was also convicted of practicing medicine without a license as was receptionist Joselin Collado, a relative of Senises.
“Gonzalez and Senises are abortion predators who need to be held accountable for the death of Baby Shanice. The fact that Gonzalez is on probation for a lesser infraction is no consolation,” said Sullenger. “These people have no respect for the law and even less respect for life. There is little doubt they will be back in the abortion business at the first opportunity, if they are not put in jail. Baby Shanice’s murder case has dragged on for a year and a half without progress. That is unacceptable. We encourage the public to contact the prosecutor and ask for a grand jury to investigate Gonzalez and Senises for the death of Shanice Denise Osborne.”
Miami-Dade Prosecutor Katherine Fernandez Rundle
305-547-0535
E-mail Ms. Rundle’s office at CommunityOutreach@miamisao.com 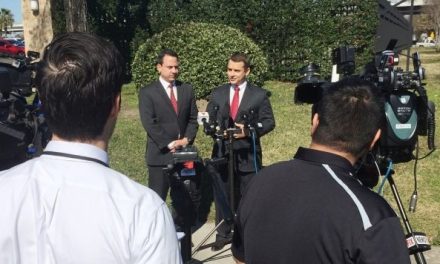