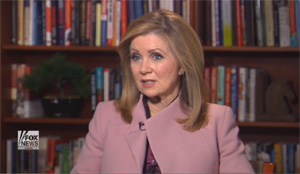 By Cheryl Sullenger
Washington, D.C. — Subpoenas issued by the House Select Investigative Panel on Infant Lives were received earlier this week by Stem Express, University of New Mexico and Southwestern Women’s Options, an abortion facility in Albuquerque, New Mexico, that conducts abortions throughout all nine months of pregnancy.
The subpoenas released by the Panel, which is a sub-committee of House Committee on Energy and Commerce, indicate that the investigation into the illegal sale of aborted baby remains is following the money trail.
Among a wide range of documents requested, all three entities are required to produce financial, banking, and accounting documents related to the “procurement, sale, donation, or distribution or shipment of fetal tissue.”
Profiting from the sale of fetal tissue is illegal.
Rep. Marsha Blackburn, who chairs the Panel, said in an interview with Fox News’ Shannon Bream that the subpoenas were necessary because Stem Express, UNM, and Southwestern Women’s Options had been uncooperative with the investigation.
Blackburn indicated during the interview that after “multiple” conversations and e-mail exchanges with the Panel’s staff, the entities failed to produce the information that was sought.
“Sometimes they would send it, but they don’t send it in total. Or either, it is so heavily redacted that we don’t have the information that is pertinent to the investigation,” Blackburn explained.
“The three entities involved in the trade of aborted baby remains are obviously stonewalling the investigation. This is typical behavior from someone caught with their hands in the cookie jar,” said Troy Newman, President of Operation Rescue, who served as a founding board member for the Center for Medical Progress.
Stem Express is a California organ procurement company that contracted with Planned Parenthood for fetal parts in exchange for “financial consideration.” They were featured in undercover videos released by the Center for Medical Progress. Those videos launched the current Congressional investigation. Since the release of the shocking and incriminating videos, Stem Express has since severed ties to Planned Parenthood.
The University of New Mexico is a publicly funded university that has a close relationship with the Southwestern Women’s Options abortion clinic, which is owned by Texas abortionist Curtis Boyd. UNM conducts experimentation using human fetal tissue. UNM physicians also provide emergency medical care for Southwestern Women’s Options patients who suffer life-threatening medical emergencies that require hospitalization. SWO’s abortionists, Shelley Sella and Susan Robinson, are California residents who cannot qualify for hospital privileges of their own in New Mexico.
Southwestern Women’s Options is the largest third-trimester abortion clinic in the country and appears to have been a primary source of aborted baby remains for UNM. Patient abortion a consent form obtained by Bud and Tara Shaver of Protest ABQ contain a brief consent to “donate” fetal tissue for use in “research” buried deep in the form that women must sign before abortions can be done.
The Shaver’s have worked for years in Albuquerque to expose the connections between UNM and Southwestern Women’s Options and other abortion businesses and organizations.
“UNM has a mutual back-scratching relationship with the late-term abortion business, Southwestern Women’s Options. UNM provides emergency hospital care when the abortionists botch a procedure and the abortion business provides UNM with all the fetal tissue they can use,” said Newman. “It’s not a deal with the devil — it’s a deal between two devils!”
Stem Express, UNM, and Southwestern Women’s Options had until 5:00 pm on February 17, 2016, to comply with the subpoenas. As of this writing, it is unknown whether there has been universal compliance.
Stem Express Subpoena
University of New Mexico Subpoena
Southwestern Women’s Options Subpoena 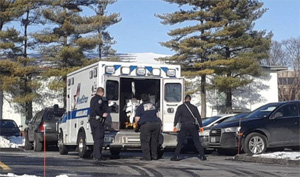