An Operation Rescue Special Report
By Cheryl Sullenger
Columbus, OH – A new round reporting forms for 2017 and part of 2018 obtained by Operation Rescue show that complications in Ohio to medication abortions done using the drug RU486, also known as mifepristone or Mifeprex, have skyrocketed over the past two years.
The rise in complications is tied to a dramatic increase in the use of medication abortions in that state. While overall abortions have steadily decreased since 1997, the use of mifepristone in conjunction with misoprostol to cause abortions has slowly increased until 2016 – the most recent year for which there are statistics – when medication abortion numbers jumped. 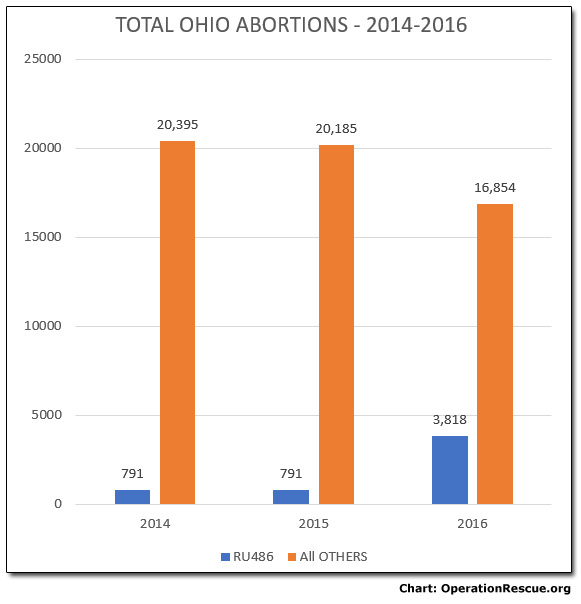 Ohio law requires each abortionist to report information on every mifepristone abortion that results in complications. They must include the name and address of the abortion facility, relevant dates, and type of complication. The name and signature of the abortionist responsible must also be included on the form.
Most of the forms also note the kind of treatment patients received in order to resolve the complications, although about a quarter of the forms for 2017 omitted that information.
Seven abortion facilities recorded a total of 106 complications to medication abortion in 2017 – a 44% increase over 2016 and a whopping 87% increase over complications reported in 2014.
Planned Parenthood in Bedford Heights recorded 38 abortion complications in 2017, the most of any other facility. This represented an increase of more than 60% over 2016 numbers. 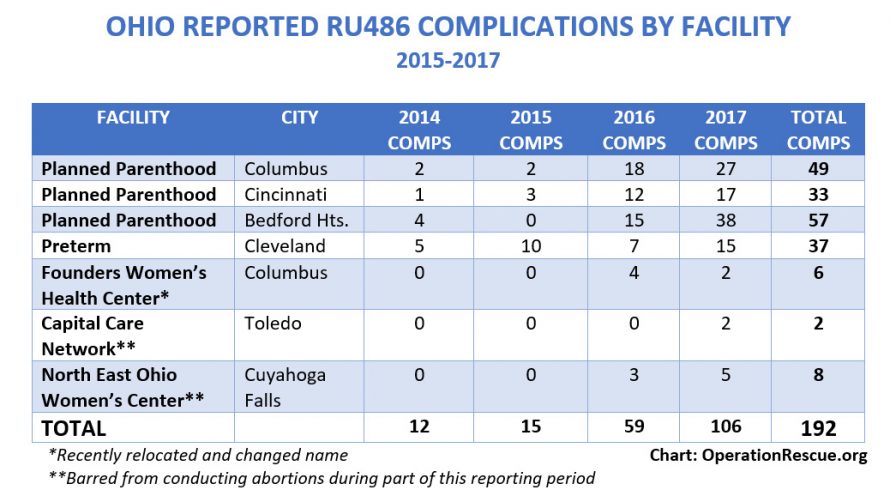 Incomplete abortions were by far the most common type of mifepristone complications, followed by severe bleeding, failed abortions, and infection. Many women suffered more than one complication.
In 2016, one woman experienced a failed abortion after receiving abortion pills from the Planned Parenthood facility in Columbus but thankfully opted to continue her pregnancy. The outcome of that pregnancy is unknown.
Other incomplete or failed abortions were completed primarily using surgical abortion methods.
For example, in 2017, there were 76 surgical abortions done to complete abortions when Mifepristone failed to complete the abortions. Only three women had similar complications resolved with a second course of abortion drugs.
Since 2016, four women have been hospitalization after taking mifepristone, and two required blood transfusions. 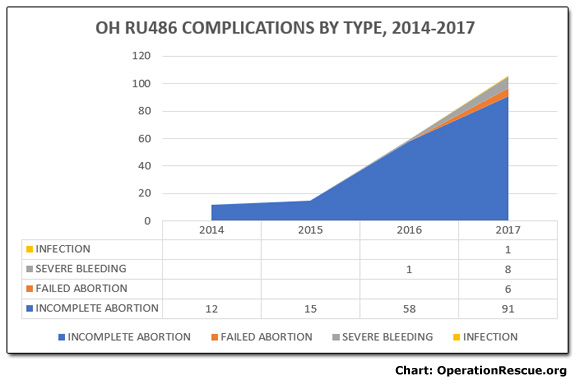 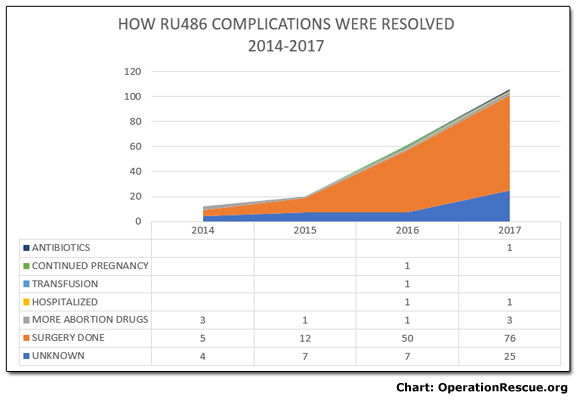 Since 2014, 25 abortionists have been involved with mifepristone abortion complications at eight abortion facilities throughout Ohio. Of those, Timothy Kress recorded the most complications at 56. All of Kress’ complication forms noted Planned Parenthood of Bedford Heights as the location where the abortion drugs were prescribed.
Kress has a history of disciplinary action beginning in 1999, when his medical license was suspended after he pleaded guilty to two felony counts of theft of drugs and four felony counts of illegal processing of drug documents. In 2000, he entered into a consent agreement that included one year of suspension with other restrictions followed by five years of probation.
Kress now operates a birth control clinic in Dayton and continues to conduct abortions for Planned Parenthood in Bedford Heights.
One abortionist with particularly low numbers of abortion complications is David Burkons, who operates the Northeast Ohio Women’s Center in Cuyahoga Falls. This is because he had his medical license suspended in July 2017, for a period of six months due to violations of patient care standards. He has since returned to conducting abortions.

While the use of abortion drugs are increasing nationwide, in Ohio, the increase is at least partially connected to licensing issues for two abortion facilities.
Northeast Ohio Women’s Center in Cuyahoga Falls and the Capital Care Network in Toledo have both faced closure orders but have continued to operate while the legal process plays out. At times when these businesses were blocked from conducting surgical abortions, they have relied on prescribing abortion drugs to keep their businesses open.
As abortion drugs have become more common in the U.S., some facilities, in particular Planned Parenthood centers, have popped up that only supply abortions via life-ending drugs. This business model keeps overhead low and profits high. In many states, facilities either need no facility license to prescribe abortion drugs or face more lenient requirements for licensure.
This makes abortions by drugs the method of choice – not for women – but for abortionists who wish to sidestep expensive surgical facility licensing requirements.
“The increased use of the abortion drug mifepristone has led to a dramatic rise in serious abortion complications,” said Troy Newman, President of Operation Rescue. “From 2014 until now, 192 women have suffered painful complications from the abortion pill in Ohio alone — that we know of. Most have required surgery that they did not plan. Four have landed in the hospital for emergency treatment the abortion facilities could not provide.”
For those who take mifepristone with misoprostol, the process can be slow, bloody, and painful. Mifepristone blocks the hormones that maintain a pregnancy while misoprostol causes uterine contractions that expel the contents of the uterus. The process, which is compared to a miscarriage, can take about three days or more.
“We appreciate Ohio’s reporting requirements because it helps us understand the true dangers of this type of abortion so we can help other women avoid them,” said Newman. “Operation Rescue encourages every state to enact similar laws. Knowledge is power, and if we don’t understand the true extent of the problem, we will never be able to adequately address it or stop it.”
Read Ohio RU486 Complications forms for 2012-2016 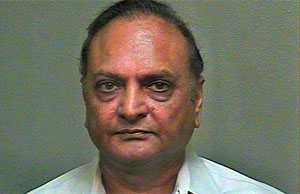 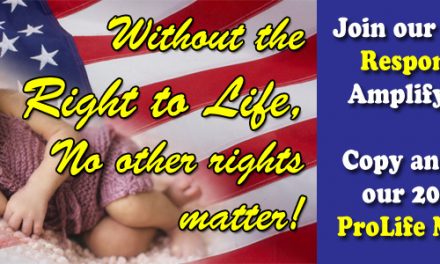 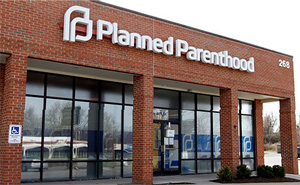