Cartoon used by permission of the artist, John Francis Borra, who can be contacted at veritatis@eaglecom.net.
While newspapers such as the Kansas City Star continue to question whether coerced abortions are widespread, those of us who actually deal with pregnant and post-abortive women understand that this problem has reached epidemic proportions.
“The most common statement I have heard in my 24 years of counseling abortion-minded women has been , ‘You don’t understand. I don’t have a choice,’” said Operation Rescue spokesperson Cheryl Sullenger. “There are so many women out there who do not want to abort their babies, but do so because they feel pressured or threatened by people in their lives to the extent that they do not believe they can resist. Abortion mills are all too happy to play on the fears of these vulnerable women because today, due to the shrinking demand for abortion, there is cut-throat competition for each abortion dollar.”
The artist who created the cartoon below has this to say on the subject of coerced abortions:

This cartoon highlights an often overlooked fact about the so-called right to choose: more often than not, vulnerable young women are coerced into abortion. Coercion, under the guise of compassion, is the primary strategy employed to sell us on killing children, as well as the infirm and elderly. Parents, friends, school counselors, self-styled religious leaders and others often pressure young mothers, with little or no regard for the lives at stake or the common good. To be certain, many of those counseling abortion are themselves victims, their priorities, their understanding of life and of good and evil having been twisted by the false prophets of narcissism and nihilism. Which is why we must endeavor, like St. Francis, to be instruments of peace: “Where there is hatred, let me sow love; where there is darkness, light; where there is despair, hope.” 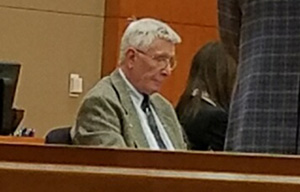