Pro-life leaders will conduct a press conference on Wednesday and are calling for an emergency suspension of Preterm’s abortion facility license.

Cleveland, OH – Operation Rescue has confirmed death and the identity of a patient of the Preterm abortion facility in Cleveland, Ohio, who was transported to University Hospital Case Medical Center on Friday, March 21, 2014.
Lakisha Wilson, 22, a Black female, died after transport from the abortion clinic to the hospital. According to a statement released by the Cuyahoga County Medical Examiner’s Office:

Decedent was conveyed from 12000 Shaker Blvd., in Cleveland to University Hospitals Case Medical Center and arrived on 3-21-14 where she was treated, expired and was pronounced on 3-28-14.

An autopsy is being conducted and a cause of death is pending, however there is no doubt that her death was caused by the late-term abortion she received on March 21, 2014.
A press conference with further details will be held at the following time and location:

Operation Rescue reported earlier that it had obtained 911 records that indicated a woman had died after an abortion at Preterm. Those records stated that she was “not breathing at all” and had suffered “Cardiac or Respiratory Arrest/Death.”
According to information gathered by Operation Rescue from those on the scene and who have been contacted by members of the woman’s family, Lakisha Wilson was in the later stages of pregnancy, and because of that was turned down by abortion clinics in Columbus and Akron.
She was said to have been brain dead at the time she arrived at the hospital, but was kept on life support for several days so that her organs could be harvested.
“We wish to express our deepest sympathies to Lakisha’s family for their devastating loss,” said Troy Newman, President of Operation Rescue. “We have filed complaints with the Ohio Medical Board and with the Ohio Department of Health. We call on the ODH to immediately suspend Preterm’s clinic license pending a full investigation into Lakisha’s death.”
A screen shot of Lakisha Wilson’s death notice from Ohio.com is below. 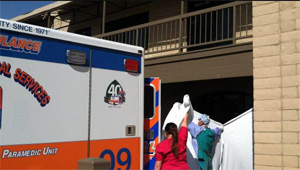 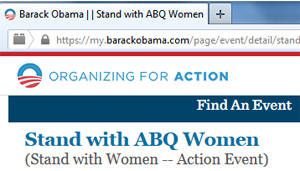