Washington, DC — On Tuesday, the U.S. Senate passed the Child Interstate Abortion Notification Act, which would prohibit the transport of minor girls across state lines for the purpose of obtaining an abortion. Operation Rescue believes that this is another step forward in a new movement to legislate restrictions on abortion, and ultimately lead to a national ban on the increasingly unpopular procedure.
“The Child Interstate Abortion Notification Act is yet another crack in the crumbling foundations of Roe v. Wade,” said Operation Rescue President Troy Newman. “We know that this legislation will save lives and further impair the ability of the abortion industry to profit from human suffering.”
“The momentum in the legislative arena has clearly shifted to our favor,” said Newman. “Just 14 year ago, Congress and other legislatures across the country were thinking up ways to restrict Christians who were trying to save babies from abortion. Today, they are thinking up ways to stop abortionists from killing babies. That is a fundamental shift that reflects the fact that a growing number of Americans would like to see an end to abortion in this nation.”
The Child Interstate Abortion Notification Act provides criminal fines and jail time for up to one year for knowingly committing an abortion on an out-of-state minor without parental consent. It also provides civil remedies for moms and dads whose parental rights are violated by scoff-law abortionists.
“In a large number of cases, minor girls are taken out of state for an abortion in order to protect the pedophile who impregnated her from being discovered by her family and/or law enforcement,” said Newman. “This law gives parents and police one more tool to protect young girls from continued sexual exploitation while it tacks another nail in Roe’s coffin. We applaud the Senate for that.”
President George W. Bush has indicated he will sign the bill once it reaches his desk sometime in the fall.
Read the Child Interstate Abortion Notification Act. 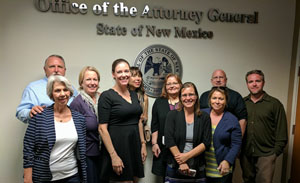