Complaint filed with Maryland Board of Physicians highlighting the truth behind Carhart’s “sanitized” medical license application. Baltimore, MD — LeRoy Carhart is perhaps the best known abortionist in the nation, yet when he applied for a license to practice medicine in Maryland in September, Carhart intentionally concealed the true nature of his risky late-term abortion practice from the Maryland Board of Physicians.
“Looking at his Maryland medical license application, there is no mention of abortion anywhere. One is lead to believe that Carhart is an emergency room physician and university professor. There is no indication on that application that he is the most notorious late-term abortionist in the nation,” said Operation Rescue President Troy Newman. “In fact, Carhart has no hospital privileges anywhere, and his so-called professorship is in name only.”
Operation Rescue recently received a redacted copy of Carhart’s application for Maryland licensure, which was obtained through a Maryland Public Information Act request.
On page two of the application, physicians are asked to list chronologically “all of your activities” beginning with the date they completed medical school. Carhart lists his current position as Medical Director and Staff Physician of “Bellevue Health/Emergency Clinic, Inc.” located at 1002 West Mission Avenue in Bellevue, Nebraska, which is actually the address of his infamous abortion mill, better known as the Abortion and Contraception Clinic of Nebraska.
Operation Rescue confirmed that Carhart has a number of “dummy” corporations on file, including several aliases. Bellevue Health & Emergency Clinic, Inc. is one such corporation that is controlled entirely by Carhart, his wife Mary Lou, and his daughter, Janine.
“Why use a dummy corporation instead of the actual name of his abortion business? It is obvious that Carhart attempted to deceive without technically lying. It shows a devious attitude that poses a danger in the field of medicine,” said Newman.
Nowhere on Carhart’s application does he mention that he was an employee for over a decade of George Tiller’s now-closed Women’s Health Care Services, the largest free-standing late-term abortion mill outside of Communist China. That omission, as well as the omission of other abortion clinics that Carhart has worked at in the past 20 years in eight states, helps to conceal the truth about the nature of Carhart’s late-term abortion business.
In fact, pages 3 and 6 of the application including employment history, appear to have been altered and resubmitted at a later date.
“When the most notorious abortionist in the world tries to cover up what he does for a living, you know he has something to hide,” said Newman.
Carhart also proudly notes that he is currently an Adjunct Assistant Professor at the University of Nebraska Medical Center, Department of Pathology and Microbiology. However, UNMC booted Carhart in 1999, under pressure from the public after it was discovered that not only was Carhart involved in late-term partial birth abortions, but that he was donating the remains of his abortion victims to the University for “research.” Carhart sued for reinstatement claiming his First Amendment rights had somehow been violated. Finally the UNMC settled out of court with Carhart, reluctantly reinstating him to the faculty, but removing any responsibilities from him.
While Carhart lists a job history that links him with ten hospitals over the years, the most recent affiliation ended in 1987. Page six of his application clearly shows that he has no hospital privileges anywhere.
Carhart conducts risky multiple-day late-term abortions using a method that is known to be prone to complications. While Carhart worked for Tiller in Kansas, he was involved in numerous botched late-term abortions that required emergency hospitalization of his patients.
“Tiller always covered for Carhart at the hospital in Wichita. With no one to clean up after him in Maryland, we are very concerned that women may die,” said Newman. “There will be abortion complications in Maryland. It’s not ‘if’ but ‘when.’”
Newman’s concerns are valid ones. Carhart was involved in the 2005 third-trimester abortion death of Christin Gilbert in Wichita, Kansas. Political interference and corruption in the Healing Arts Board at that time prevented discipline. (Read about this shocking case.)
In an undercover investigation, Operation Rescue also documented Carhart’s involvement with a scheme to falsify fetal ages using ultrasound while at late-term abortion mills in Wichita and Bellevue. By improperly manipulating the ultrasound measurements, pre-born babies were said to be younger than they actually were in order to make it appear that abortions on late-term babies were actually legal. (Read the report.) A complaint to the Kansas Board of Healing Arts was closed upon the death of Carhart’s employer, George Tiller.
Later, affidavits were submitted to the Nebraska Attorney General by former employees of Carhart in Nebraska alleging that fetal ages were also falsified there.
Abortion worker Lindsey (Alejandro) Creekmore was the nurse involved in the Kansas fetal age deception investigation and now is employed by Carhart, who has announced that she will be traveling with him to Maryland to assist with late-term abortions in Germantown.
Carhart remains under criminal investigation in Nebraska.
“There can be no doubt that Carhart misrepresented himself on his Maryland medical license application,” said Newman.
Operation Rescue has submitted to the Maryland Board of Physicians documentation on Gilbert’s avoidable death and the numerous botched abortions with which Carhart was involved in Kansas. The complaint is demanding that the Board reconsider Carhart’s license.
“Carhart’s concealment of his abortion business from the Maryland Board of Physicians is a blatant deception that should disqualify his from the practice of medicine. His dishonesty along with his reckless history and lack of hospital privileges make him a danger to the public,” said Newman. “We intend to press the issue with the medical board and other authorities until women are safe from Carhart’s deceptive and exploitive abortion practices.”
Read Carhart’s Maryland Medical License Application
Read the Complaint (91 pages, includes attachments) 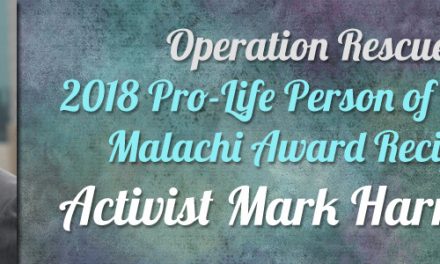 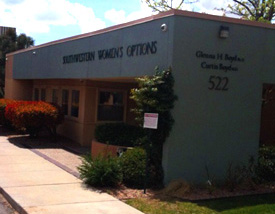