[Note correction at end of article] 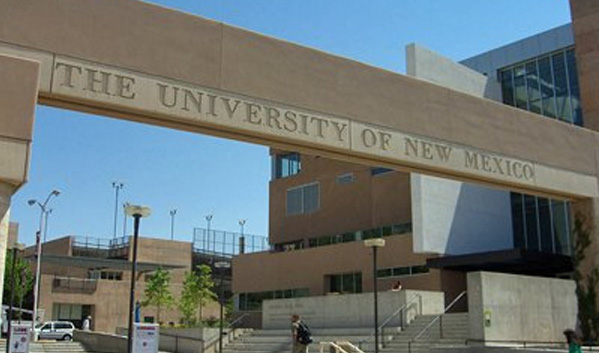 By Tara Shaver
Albuquerque, NM- The ABQ Journal newspaper is reporting that the University of New Mexico, which is a publicly-funded institution, has partially cut ties with Southwestern Women’s Options, a late-term abortion facility owned by Texas abortionist Curtis Boyd, that conducts abortions through all nine months of pregnancy.
UNM has severed an agreement with SWO to provide abortion training for UNM medical students. However, it says it will continue to accept harvested aborted baby parts from this facility. Before UNM’s move to cut formal ties with SWO, it appeared that the university was providing staffing to the abortion facility in exchange for the fetal remains that it says it uses for “research.”
The problem with this body parts arrangement is that it is in violation of New Mexico law.
Protest ABQ obtained Curtis Boyd’s consent forms from 2012 and 2015 that states: “pregnancy tissue may be used in medical research.”
This clearly violates NM Statute Chapter 24 Section 6b, which states:

The Jonathan Spradling Revised Uniform Anatomical Gift Act. This statute forbids the use of aborted babies in medical research and goes further to exclude aborted babies as decedents (section D.) who are incapable of making an anatomical gift who can donate their organs and tissues for “transplantation, therapy, or education.”

For this reason, Protest ABQ filed a formal complaint in July 2015, with the New Mexico Attorney General seeking an investigation into the illegal use of aborted baby remains for research since the baby cannot consent to the donation. That complaint is still pending.
UNM Abortion Ties
For the past five years members of Protest ABQ have been exposing and protesting the University of New Mexico’s abortion agenda. The pro-life group exposed the fact that SWO is training UNM medical students through the Ryan Residency Abortion Training Program. In addition, UNM runs a free-standing abortion facility through the illegal use of taxpayer funds. Her work at the UNM-operated abortion facility has led to the promotion of UNM staff physician and abortionist Eve Espey to the position as Chair of the OBGYN Department.
“UNM is the heart of the abortion industry in the state, but perhaps that is beginning to change,” said Bud Shaver, Executive Director of Protest ABQ. “But UNM’s continued harvesting of aborted baby organs at Southwestern Women’s Options remains a huge issue since the law prohibits the use of aborted baby remains for research purposes.”
The University of New Mexico had been utilizing Curtis Boyd and other late-term abortionists to train residents and fellows in second trimester procedures. Through an on-site clinical rotation these procedures required students to dismember pre-born children in the womb and then extract their tiny bodies in pieces through the 25th week of pregnancy. UNM has had training agreements with Curtis Boyd going back at least to the 2011-2012 school year.

No Transparency or Accountability
On November 2, 2015, Protest ABQ submitted an Inspection of Public Records Act (IPRA) request in reference to fetal tissue contracts and agreements between UNM and Curtis Boyd’s abortion business. UNM responded with a letter informing Protest ABQ that no such documents were found.
UPDATE: We have learned that the documents showing the relationship between UNM and Boyd were actually obtained through the efforts of the New Mexico Alliance for Life and their legal counsel. (The Journal article was unclear as to how the documents were obtained. We apologize for any misunderstanding and congratulate NMAFL on providing this information to the public.)
This withholding of information from a legally submitted IPRA request is in violation of New Mexico’s public information laws.
“UNM is a publicly funded state institution, but like other leaders in the state, they feel no need to obey the laws and provide transparency about the abortion agenda they embrace and promote. This is a disgrace that will require legal action on our part,” stated Bud Shaver.
According to a 2015 training agreement between Curtis Boyd and UNM, Boyd describes abortion procedures beyond 20 weeks as causing “feticide” using a drug called digoxin. He specifies that after the procedure, the fetal tissue will then be given to UNM.
However, digoxin, a drug that essentially causes the baby in the womb to die from a heart attack, contaminates the tissue, making it unusable for medical research. This fact was publicized widely over the summer as the Center for Medical Progress released several videos that showed Planned Parenthood abortionists and representatives from biotech companies clearly discussing the topic of digoxin and how it taints the fetal tissue.
This has led to suspicions that Boyd may have lied about using digoxin and is instead using the now illegal partial-birth abortion procedure to obtain body parts that are suitable for medical research.
Procedures used by Curtis Boyd during the late-term abortion procedures that have resulted in the use of human remains for research must be investigated.
Rampant Complicity
“Members of Protest ABQ met with Martinez four years ago and laid out the case against UNM and Paul Roth, CEO of UNM Health Sciences Center, who heavily promotes abortion and embryonic stem cell research. Roth has been highly instrumental in pushing a pro-abortion agenda at UNM,” stated Fr. Stephen Imbarrato, Founder of Protest ABQ. “Earlier this year we exposed an uncharacteristic donation made by Roth to New Mexico GOP Speaker of the House Don Tripp, which suspiciously occurred shortly after a closed door meeting between legislators and UNM officials about fetal tissue research and disposal.”
Protest ABQ leaders have met with the UNM Board of Regents President Jack Fortner about the UNM abortion agenda. Both Gov. Martinez and Albuquerque Mayor Richard Berry are well aware of the tentacles of the abortion industry in New Mexico that extend from UNM. Nevertheless, Mayor Berry recently teamed up with abortionist Eve Espey on an initiative targeting high school teens for sex education and abortion.
“The Republican leadership in this state have done nothing but cooperate with and shelter UNM and the late-term abortion industry in New Mexico. Under Martinez and Berry’s watch, with their full knowledge, Roth and Espey have built up and expanded the abortion industry in the state through UNM,” stated Bud Shaver.
The bottom line is that while UNM is cutting ties with the local late-term abortion business, UNM still is in violation of the ban on aborted baby tissue use in research. In addition, any affiliation or use of University resources to promote abortion is strictly forbidden under Federal Law that bars tax money from funding abortion services.
The ban on using tax money for abortions is being blatantly violated at the UNM Center for Reproductive Health (UNMCRH), which is an abortion facility operated with the help of tax funds by UNM.
Protest ABQ calls on UNM to stop violating the law by halting the practice of harvesting aborted baby remains and closing down the UNMCRH abortion facility. This will restore the rule of law and do great good for the community of Albuquerque and for the lives of children who will be saved in the womb as a result.
Correction: An earlier version of this story indicated Gov. Martinez attended UNM. That was in error. Gov. Martinez attended University of Texas in El Paso for undergrad and got her law degree in Oklahoma.