Lawmakers face a unique and rare opportunity to move against the abortion cartel, and bring them to justice.

Topeka, KS — The Kansas Legislature has the legal authority to force Attorney General Paul Morrison to prosecute abortionist George R. Tiller on 30 criminal counts related to the commission of illegal late-term abortions that were filed by former Attorney General Phill Kline before he left office. It would simply require the passage of a resolution in one branch of the legislature directing the attorney general to prosecute the case, and would not require the approval of the governor.
According to K.S.A. 75-702, the attorney general must appear on behalf of the state when “required by the governor or either branch of the legislature” to “prosecute or defend, in any other court or before any officer, in any cause or matter, civil or criminal, in which this state may be a party or interested.” The law mandates pursuance of such cases all the way to the Kansas Supreme Court.
“That means that either branch of the State Legislature can order the attorney general to prosecute a criminal case, if they believe that the state has a compelling interest,” said Operation Rescue President Troy Newman. “The state certainly has an interest in seeing to it that the laws of the state are enforced.”
The charges were dismissed on dubious jurisdictional grounds at the request of District Attorney Nola Foulston, who, along with Morrison, is an avid abortion supporter. The merits of the case were not considered in the dismissal. Morrison took action to avoid having to prosecute Tiller when he withdrew a motion from the Kansas Supreme Court — before the Court could rule on it — that could have reinstated the charges against Tiller. Two judges ruled that there is probable cause to believe that Tiller violated the state law banning post-viability abortions.
“We have done our homework, and have determined that there is support for such a resolution in the Kansas House,” said Newman. “In fact, we believe that the passage of this resolution could be the finest moment for the pro-life caucus in Topeka. This is a historic opportunity for them to become heroes to the pro-life people who elected them for such a time as this.”
“But the clock is ticking on the legislative season. We pray that the leadership in the House will rise to the occasion and put forth a resolution — even as soon as next week — directing the attorney general to prosecute The State of Kansas v. George Tiller, to the fullest extent of the law. The viable pre-babies that we believe are being illegally and arrogantly killed by Tiller deserve nothing less.”
Read the text of K.S.A 75-702.
Read the text of The State of Kansas v. George R. Tiller 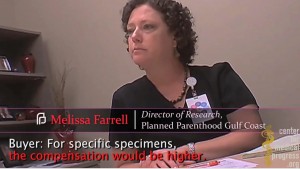