KC police detective’s investigation reveals shocking conditions: non-sterile surgical equipment, roaches, and even allegations of cannibalism. But will the information be enough to close the facility?
Topeka, Kansas — The Kansas State Board of Healing Arts (KSBHA) will decided the fate of abortionist Krishna Rajanna at a hearing on April 23. The Board is considering permanently revoking his medical license in light of reports of continuously filthy conditions at his Kansas City abortion mill and disturbing allegations of cannibalism there.
Kansas City Detective William Howard testified on March 15, 2005, before the House Committee on Health and Human Services as a neutral observer of conditions he witnessed while responding to a call to Rajanna’s abortion mill on September 18, 2003.
Rajanna had called the police to investigate allegations that his employees were stealing from him. During the criminal investigation, these allegations were determined to be baseless, but instead what the detectives discovered inside the abortion mill were more disturbing than petty theft.
In his written testimony, Detective Howard noted Rajanna had an unkempt appearance, whose hands were dirty and clothing stained. But if Rajanna’s personal hygiene left something to be desired, his abortion mill was worse. Detective Howard states:
“The clinic was dirty inside. As we proceeded through the facility I noted the back area was very dark and dingy looking with poor lighting and smelling musty. We entered the ‘break room’ to interview Rajanna. There were dirty dishes in the sink and on the tabletop, trash everywhere, and roaches crawling across the countertops, with a smell of a stench in the room. Frankly, I was reluctant to sit down. I noted there weren’t containers for medical waste with universally recognized hazardous waste labels on them. On the way out my partner observed that the ‘procedure room’ was filthy. He told me that he saw dried blood on the floor and the room looked ‘nasty’ to him This general lack of a professional and sanitary environment starkly contrasted with all my experiences inside other doctor offices.”

The allegations of cannibalism and non-sterile medical equipment were perhaps the most shocking. Detective Howard continues:
“I received full co-operation from the Employees accused of the theft. They were initially treated as suspects, given their Miranda rights and provided us with full statements. In a statement to me one witness/suspect related how Dr. Rajanna was a filthy man who did not properly sterilize his equipment. The medical equipment was cleaned with Clorox and water then put in a ‘dishwasher’. The aborted fetuses were placed inside Styrofoam cups and put in the refrigerator freezer next to TV dinners. The female witness went on to describe of how she and other girls actually witnessed Rajanna microwave one of the aborted fetuses and stir it into his lunch. I have heard that some Middle Easterners eat the placenta from birth and that they believe that this adds longevity to life. I thought: Maybe this could be what she was referring to. This witness claimed other employees who had seen him do the very same thing–Bare in mind, I am an experienced police officer who has worked in every aspect in law enforcement and had spent my last five years in the homicide unit where I worked countless community deaths. I thought I had heard and seen every vile, disgusting crime scene but was in for a new shock when I started this investigation.”
[Read full testimony of Detective Howard]
Rajanna’s abortion mill, ‘Affordable Medicine Clinic,” has been under scrutiny since pro-lifers obtained photographs of the filthy conditions inside his seedy Kansas City storefront “clinic” two years ago. These photos were released to the public earlier this year by Kansas Attorney General Phill Kline, who demanded an investigation. 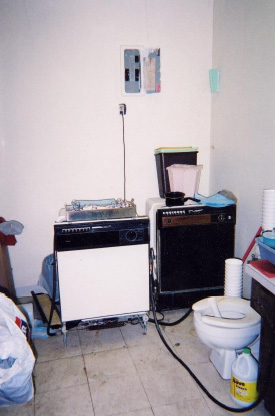 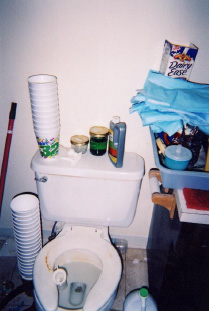 Irresponsibly, the KSBHA did not initially act on the complaint and only took action after legislation passed the Kansas House that would regulate abortion mills and take the oversight of such clinics away from the KSBHA, placing it more properly with the Department of Health and Environment. That bill, (HB 2503), passed the legislature with two-thirds supermajority in both houses and currently awaits the signature or veto of radically pro-abortion Governor Kathleen Sebelius.
In an apparent attempt to show they were capable of doing their job, the KSBHA fined Rajanna a mere $1,000 after the year-long investigation. Once it became apparent that the public and the legislators believed this fine was inadequate, the KSBHA suspended Rajanna’s license for one week, then extended the suspension to 30 days after a surprise inspection discovered a dead rat next to open containers of “medical waste.”
According to David Gittrich, State Development Director for Kansans for Life, “HB 2503 puts the Kansas Department of Health and Environment in charge of proactive inspections, rather than the Kansas Board of Healing Arts, which acts after complaints and can only pull a doctor’s personal license, not close facilities. In an abortion clinic, clients visit once and rarely return. Nearly half of the clients getting abortions are from out of state. This allows for a veil of secrecy and no accountability.”
In the meantime, it appears that Rajanna may become Sebelius’ sacrificial lamb to appease her opposition. “One cannot help but think that the sudden interest in Rajanna’s mill is politically motivated. For two years the KSBHA has been aware of Rajanna’s appalling operation and done nothing,” said Cheryl Sullenger, spokesperson for Operation Rescue who has helped document life-threatening abortion injuries at George Tiller’s late-term abortion mill in Wichita. “Now, they are apparently trying to show that there is no need for HB 2503, because they are taking action against Rajanna. His hearing is conveniently scheduled just days before the Legislature reconvenes for a veto-override session on April 27. But this is too little, too late.”
“While Sebelius and the KSBHA plays politics to advance their radical pro-abortion agenda, a crisis exists at Kansas abortion mills where women are being maimed and are dying and unsafe and unregulated facilities, some of which are no better than back alley butcheries,” continued Sullenger. “When are Sebelius and her cronies at the KSBHA going to stop playing politics with women’s lives?”