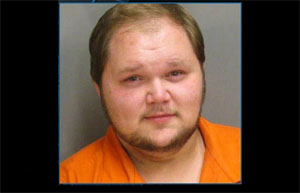 By Cheryl Sullenger
Montgomery, AL — April 14, 2017, seemed at first like just another routine day at the abortion clinic for a number of pro-life activists who spent the morning offering help to women and their companions as they reported to Reproductive Health Services, an abortion facility located on Perry Street in Montgomery, Alabama.
As one of the activists, Daniel French, approached one couple, the man became angry and threw his coffee on French and spit in his face.
The police were called to the scene where they arrested Logan Craft inside the abortion facility then marched him out to an awaiting police car. He was charged with Aggravated Assault and Harassment.

However, at least one the pro-life witnesses that day expressed further concern. Craft, a 24-year old Montgomery resident, had accompanied a girl that appeared to be underage.
Just three days later on April 17, Craft was arrested again and charged on numerous charges related to sexual abuse of two minor girls less than 12 years old, according to a local news report.
One of Craft’s young victims had suffered abuse from April 10 through April 14 – the very day Craft took an apparently underaged young lady to the Reproductive Health Services abortion facility. Whether the abuse victim was the same person Craft was seen with at the abortion business remains unconfirmed at this time.
The Montgomery Advertiser elaborated on Craft’s sexual abuse charges in a story posted on April 18, 2017:

Craft is accused of sexually assaulting one child between April 10 and April 14. Another child was sexually assaulted between April 3 and April 7 in the area of Mobile Highway.
In addition, two separate cases were reported where women were sexually assaulted in January. Both cases occurred during consensual sex, however when the women pleaded to stop, Craft allegedly used physical force to continue the abuse.
He is accused of strangling one victim until she was unconscious and continued to sexually abuse her because he admitted it “heightened his sexual pleasure” according to court documents. 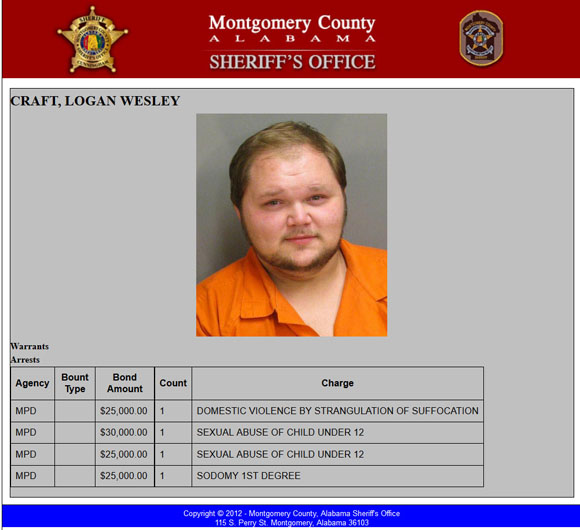 Craft is being held on a bond on $150,000 at the Montgomery Detention facility. He remains in custody as of this writing, and will hopefully continue his incarceration for many years to come.
It is possible that if Craft had not attacked French on April 14, he might still be on the loose.
“Many abortion facilities have been caught failing to report child sex abuse. It is a huge problem across America. Abortion facilities often have an unspoken ‘don’t ask, don’t tell’ policy when it comes to underage abortion patients. This actually protects the rapists at the expense of the young victims,” said Troy Newman, President of Operation Rescue. “Would Reproductive Health Services have reported Craft if police had not been called for another matter? It’s hard to say, but I think it is doubtful.”
Newman has good reason for his doubts.
Operation Rescue’s office is located in a former abortion clinic in Wichita, Kansas, where twelve-year old girl was once brought for an abortion by her rapist and step-father, Robert Estrada. Because the abortion business did not report the abuse, Estrada continued to rape the girl and her younger sister for four more years, resulting in additional pregnancies. He was finally caught and convicted only after one of the victims sought help at a pro-life pregnancy care center, who reported Estrada to the police.
The Estrada case is only one of many examples of abortion facilities acting as “rapist protection rackets” – a fate that may have befallen Craft’s young victims had he not attacked Daniel French.
“We are usually not thankful when a pro-life activist is attacked outside an abortion facility, but this time, we are grateful,” said Newman. “Because police were called to the abortion clinic, a rapist is behind bars and little girls in Montgomery are now a bit safer.”
Read more about documented cases of child sex abuse within the Abortion Cartel and their failure to report.