VICTORVILLE – The Victor Valley doesn’t generate enough patients to keep its only abortion clinic open, Dr. Joseph Durante said Friday.
Durante’s clinic – the only one in the High Desert – is now closed, because of lack of business, Durante said.
“It wasn’t feasible,” he said.
Durante will continue to work out of his Palm Desert clinic.
The closure was good news for pro-life advocate Cassandra Lilly. Lilly remembers picketing and working to try to close the clinic when it first opened about 11 years ago.

“It’s about time,” Lilly said.
While Lilly knows women are going to continue to have abortions, it dissuades some from actually going through with it if they have to drive out of town, Lilly said.
“The further away they have to go the longer they have to think about it,” she said.
It especially dissuades teenage girls from getting abortions, because they have to plan ahead to get a ride, Lilly said.
“They’re not going to be going there spontaneously,” she said.
Durante said the constant picketing in front of his clinic had nothing to do with the closure. It was solely based on the lack of patients.
There will be fewer and fewer abortion clinics open in the future because it’s such a hot political issue, Durante said.
“Most doctors don’t want to get involved with that,” he said.
Durante’s office on C Street closed about two weeks ago. It first opened in September 1993. 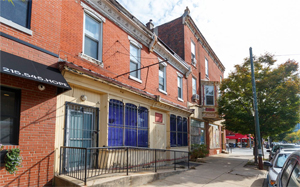