Topeka, KS – Kansas Attorney General Stephen Six is refusing to honor a subpoena issued by a Sedgwick County grand jury investigating late-term abortionist George R. Tiller. The subpoena asked for 60 abortion records obtained by former Attorney General Phil Kline that had been approved for release by the Kansas Supreme Court and have already had all information redacted from them that could identify the patients.
Six cited the fact that the Supreme Court issued a stay on the enforcement of other grand jury subpoenas for 2,000 abortion records from Tiller’s clinic on Tuesday, as reason for not complying with his subpoena.
“There are no privacy considerations with the records in the custody of the Attorney General’s office,” said Cheryl Sullenger, Senior Policy Advisor for Operation Rescue. “If Mr. Six does not want to comply with the law, he shouldn’t be the Attorney General.”
The same 60 records that are the subject of the latest grand jury subpoena were examined at the request of Kline by Dr. Paul McHugh, an expert in psychiatry from Johns Hopkins University Hospital. Dr. McHugh addressed privacy concerns in an interview he recorded on June 11, 2007:

“The names, and some of the vital details in the sense of them, were not available on those records. Those were redacted out so that the point was not to identify them as a particular person. There were no privacy concerns, and in the sense that identifying the people – And by the way, there wasn’t an awful lot of a private nature that was in those records, other than the state of mind and feelings that the young women were expressing.”

Those records were the basis for Kline’s 30 criminal charges against Tiller, which were dismissed on jurisdictional grounds. Disgraced former Attorney General Paul Morrison said that those charges had no validity, but was later accused of corruption when news broke that he had attempted to illegally influence cases against Tiller and Planned Parenthood.
“Six has failed to reestablish integrity to the Attorney General’s office. His decision to withhold important evidence from the grand jury appears to be politically motivated and designed to continue the Morrison tradition of corrupt abortion politics,” said Sullenger.
“Could it be if the grand jury has access to this evidence, it will reveal that Kline was right, and that Morrison was involved in a cover-up of Tiller wrongdoing? If so, that would implicate Six and even Gov. Sebelius in the continuing corruption scandal.” 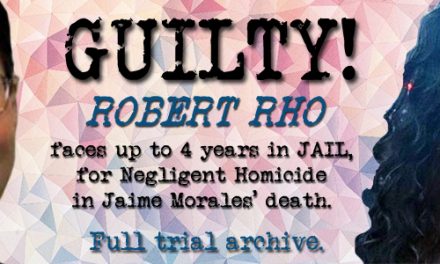