However, participation in Brigham’s illegal late-term abortion scheme and lying about her criminal past is not enough for suspension in Utah Salt Lake City, UT – Nicola Riley, an abortionist who was caught last year operating an illegal bi-state late-term abortion racket with the notorious abortionist Steven Chase Brigham, has entered into a stipulation agreement with the Utah Division of Occupational and Professional Licensing (DOPL) banning her from doing abortions in Utah until a final order has been issued in the State of Maryland concerning disciplinary action filed against her there.
Currently there are no states that will allow Riley to do abortions.
“It is a relief to know that Riley has been banned from committing abortions at this time, but we are disappointed that Utah did not take stronger action against her,” said Operation Rescue President Troy Newman. “Documents we have provided them prove beyond any doubt that Riley participated in an illegal late-term abortion scheme that landed one woman in the hospital with life threatening injuries, and cost the lives of viable babies that laws in two states were enacted to protect. There is also no doubt that records show Riley lied to gain medical licensure in three states. That alone is an act of unprofessional conduct that qualifies her for license revocation.”
Riley first made national headlines when her Maryland license was suspended in September, 2010, due to her involvement in a severely botched illegal late-term abortion with the notorious Steven Chase Brigham at a “secret” late-term abortion clinic in Elkton, Maryland. Police raided the facility and discovered the bodies of 35 aborted babies, prompting a murder investigation that remains on-going.
Brigham, who is not licensed to practice in Maryland, would start the late-term abortions illegally at his Voorhees, New Jersey clinic, then lead a caravan of women in the throes of labor to his unlisted office in Elkton, Maryland, where he or Riley would complete the abortions. The operation amounted to an illegal late-term abortion racket and was only discovered after a botched abortion forced one woman to be airlifted to Johns Hopkins Medical Center in Baltimore for emergency surgery to save her life.
Riley was later found by the Maryland authorities to have to have lied about her involvement in a criminal identity theft/credit card fraud scheme that landed her in a Federal Military Prison for 30 months. They also found that Riley lied about her criminal history in order to get into medical school and obtain medical licenses in Utah and Wyoming.
Operation Rescue obtained documentation of Riley’s involvement in the Maryland illegal late-term abortion scheme, and of the true nature of her criminal conviction and incarceration through open records requests and forwarded the information to the authorities in Utah, Wyoming, and in Virginia, where Riley had an open medical license application.
Wyoming found that Riley had misrepresented her criminal conviction in order to gain licensure in that state and informed Riley that if she chose not to surrender her license, action would be taken to revoke it. She surrendered her Wyoming license in April, 2011.
Virginia put a hold on Riley’s application pending the outcome of the Maryland action.
Mark Stenagel, head of Utah’s DOPL, revealed the stipulation agreement, which was entered in March, 2011, during a news interview about Riley’s troubles. A search of Riley’s Utah license reveals no disciplinary action has been taken against her.
“There has no way for the public to know of any of Riley’s laundry list of troubles looking at her Utah license online. In fact, it shows that no disciplinary action has been taken against her. That misleads potential patients into thinking she has a clear record, but in fact, she has been labeled a danger to the public in one state, and not fit to practice in another. It is wrong to keep this information from the public,” said Newman. “If Riley is a danger to the public in Maryland, then she is a danger to the public everywhere, and to treat her as anything less is to continue to put lives at risk.” 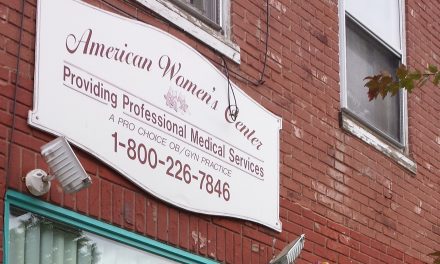