Newman, other pro-life leaders to hold press conference on Wednesday in Annapolis, MD concerning this case

Trenton, NJ – Further information has been obtained by Operation Rescue that clarifies the medical license of troubled abortionist Stephen Chase Brigham will be suspended effective September 15. The suspension stems from a botched late-term abortion that landed an 18-year old woman in the hospital with a perforated uterus and other injuries.
Documents obtained Thursday through an open records request from the New Jersey Attorney General’s office indicated that the state has not yet suspended Brigham’s license. A verified complaint against Brigham was filed on September 8, 2010, requesting an emergency suspension. An order to show cause and notice of hearing was also issued that same day. The hearing had been set for Wednesday, September 15, 2010.
However, Friday, Operation Rescue received an interim order filed today indicating that Brigham has agreed to a suspension of his license to practice medicine and surgery effective September 15 in exchange for additional time to prepare his defense. A hearing on his suspension is now scheduled for October 13, 2010.
“We are very happy that on September 15, Brigham will no longer be allowed to harm women and innocent children with his illegal abortion practices,” said Operation Rescue President Troy Newman.
“Nevertheless, we are disturbed that his chain of abortion mills will not be closed, but will apparently continue to operate with other abortionists of questionable scruples at the helm. We will continue to work with authorities in New Jersey and Maryland to see to it that Brigham is brought to full justice under the law and that all of his dangerous abortion mills are closed permanently.”
Newman will be in Annapolis, Maryland on Wednesday, September 15, at noon for a press conference outside the Maryland Attorney General’s office where he and other pro-life leaders will remark on this evolving story concerning Brigham and the three other Maryland abortionists whose licenses were suspended this week.
Operation Rescue obtained over 300 pages of documents from the State of New Jersey that detail a shocking story of Brigham’s illegal late-term abortion business that was carefully crafted to evade state late-term abortion limits, as well as new and stunning details about a botched late-term abortion that uncovered Brigham’s scheme. Operation Rescue plans to release a detailed article with supporting documents within the next few days.
Read the new Cease & Desist Order dated September, 10, 2010 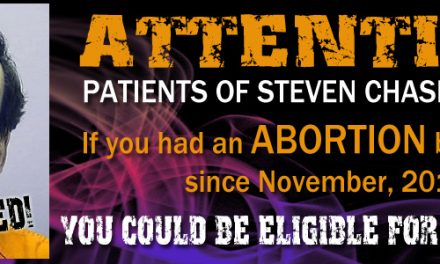 One Abortion Clinic Closes, Five Others Stop Surgical Abortions Due to Pennsylvania Law 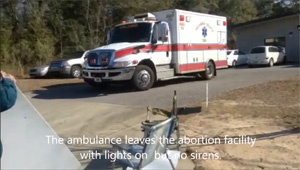