Wichita, KS – Operation Rescue is pleased to announce that over 5,000 documents have now been uploaded to AbortionDocs.org, a reference website that lists every abortion clinic and every known abortionist in the U.S. for the purpose of documenting abuses committed by the Abortion Cartel.
Seeing the need to assemble raw documents related to abortion businesses in one searchable database, Operation Rescue launched AbortionDocs.org in January 2012. Since then AbortionDocs.org has been a “go-to” resource that has become the nation’s largest online depository of public records related to abortion.
“AbortionDocs.org has already proved to be a valuable resource for the pro-life movement. It has been used by lawmakers to buttress new legislation and attorneys who are seeking documentation to support legal action, as well as pro-life activists who seek to understand their local abortion business better,” said Troy Newman, President of Operation Rescue. “The vast number of documents that are now publicly available in an easy-to-search format has been a time saver for those doing research on abortion clinics.”

“We are continuously seeking documents to add to the database, including photographs, videos, audio recordings, court records, board actions and anything else that can help shed light on what is really going on inside the Abortion Cartel,” said Newman. “By exposing the truth through source documents about how common abortion abuses really are, we can make great strides toward ending abortion once and for all in our country.”
Newman invites anyone with documentation related to abortion to send it to AbortionDocs.org at AbortionDocs1@gmail.com. 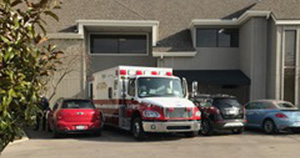