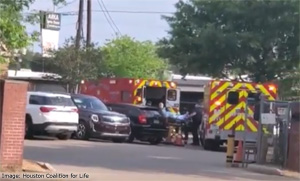 Houston, TX – The Houston Coalition for Life has reported that two life-threatening medical emergencies took place at the Houston Women’s Clinic abortion facility in May 2020.

The pro-life group obtained 911 call recordings made during both incidents and posted them to YouTube.com.

“We appreciate the Houston Coalition for Life for posting information about these abortion emergencies so the public can learn the truth that abortion is dangerous for the baby and the mother,” said Operation Rescue President Troy Newman.

The first emergency took place on May 12, 2020.  Two ambulances responded to the abortion facility’s call for help.

The caller informed the 911 dispatcher that there was a patient who had taken the “abortion pill” on April 22 – two weeks earlier – and arrived at the clinic that morning with “heavy, heavy bleeding.”

The woman had fainted multiple times and her oxygen level had dropped to a dangerous 80 percent.

Loss of consciousness occurs after the loss of 30-40 percent of a person’s total blood volume.

According to Healthfully.com, “When oxygen saturation drops below 80 percent, severe hypoxemia occurs. Hypoxemia is a low level of oxygen in the blood that disrupts body function and harms vital tissues. It can be life-threatening in severe cases.”

Video clips taken at the scene show a woman who was loaded into one of the ambulances and transported away from the Houston Women’s Clinic.

The “abortion pill” actually is a reference to abortion-inducing drugs called Mifepristone and Misoprostol.  The first blocks pregnancy receptors in the body to trick it into thinking it is no longer pregnancy.  The second drug induces strong, painful contractions to expel the growing baby from the womb.

The abortion drugs have a 3-7 percent failure rate and are not recommended for use above 10 weeks gestation.  Incomplete abortions require surgical abortions to complete.  Hemorrhaging is also a known complication to the abortion drug cocktail.

“Abortion drugs have a high complication rate.  For every 100 women that take them, up to seven women will suffer serious complications that could threaten the life of the woman.  That’s not great odds,” said Newman. “Right now, there is a big push to dispense these dangerous drugs through the U.S. Mail without proper medical oversight.  This is a dangerous scheme that must be rejected by state and federal health authorities.”

The same HWC caller, identified as Nina, informed the 911 dispatcher that the business was “a termination clinic,” a euphemism for “abortion facility.”

They needed help with patient who was suffering very heavy uncontrolled vaginal bleeding, presumably from a surgical abortion.

“Abortion is the brutal killing of innocent, growing babies. But it is also hazardous for women, as these two incidents show,” said Newman.  “For the good of women and their babies, we must all do our part to rid our country of the barbaric practice of abortion. This needless bloodshed must stop!” 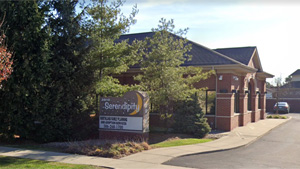 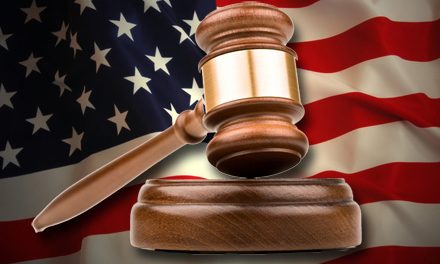 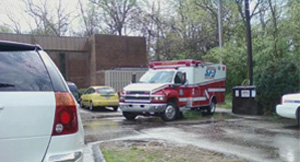