Butte, Montana – Most of the family of abortion chain owner Irving “Bud” Feldkamp III died in a tragic plane crash in Butte, Montana, on March 22. Among the victims were Feldkamps’ daughter Amy Jacobson and her husband and three young children, and his second daughter, Vanessa Pullen along with her husband and their two young children. A total of 14 people died when their plane crashed into a cemetery. Feldkamp’s third daughter and a son were not on the plane.
Feldkamp bought Family Planning Associates, consisting of 20 abortion clinics in two states, in 2005 from the notorious abortionist millionaire Edward Allred, who has reportedly retired from the abortion business. Operation Rescue’s Cheryl Sullenger uncovered and documented Feldkamp’s new role as owner of America’s largest for-profit abortion chain after she received a tip over the Internet. Sullenger shared her documentation with the Survivors, who protested Feldkamp and asked him quit the abortion business.
“We are saddened by this tragic loss of life and pray for the surviving Feldkamp family that this will draw them to seek repentance and salvation,” said Operation Rescue President Troy Newman. “We also pray that this tragedy will emphasize to them the value of human life and will cause them to immediately to get out of the abortion business.”
God makes it very clear what He thinks of those that shed innocent blood:

“Just because of all your yelling, I am going to keep my baby!” 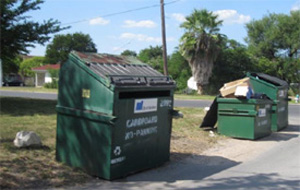