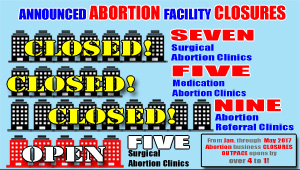 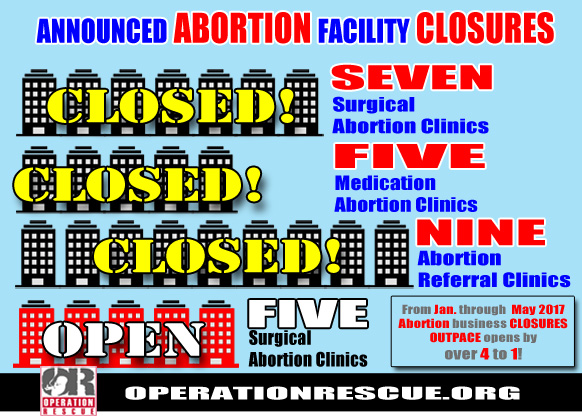 By Cheryl Sullenger
Washington, D.C. – For the first five months of 2017, abortion clinic closures continue to outpace the opening of new abortion businesses.
This continues a national trend that shows the abortion industry is imploding. So far in 2017, there have been 21 closures of abortion and abortion referral facilities, while only five have been known to open.
Operation Rescue tracks each change in the number of abortion facilities in the U.S. and publishes annual reports on closures.
The 21 closures break down as follows:

“There are multiple factors that are leading to abortion clinic closures,” said Operation Rescue President Troy Newman. “Of course, defunding efforts are one of the primary reasons for closures, but another important factor is failure of abortion businesses to comply with the law.”
Abortion facilities in Delaware, Kentucky, Maryland, and Virginia, closed due to their own bad behavior.

• Premiere ObGyn in Wilmington, Delaware, and American Women’s Services in Fairfax, Virginia, closed after being evicted for non-payment of rent. Both were owned by the notorious Steven Chase Brigham.
• EMW abortion facility in Lexington, Kentucky, was closed by the state for conducting abortions without a license.
• Planned Parenthood Metro DC in Silver Spring, Maryland, was evicted due to pressure from pro-life activists.

Whole Women’s Health shut down their low-volume Las Cruces, New Mexico, facility in January in order to have the staffing to reopen their busier Austin, Texas, location.
Similarly, east coast abortion chain owner Steven Chase Brigham opened the Capital Women’s Services in Washington, D.C. earlier this month following the closure of his Wilmington, Delaware, facility that was evicted for non-payment of rent.
Finally, the Carafem abortion chain opened a new office in Augusta, Georgia, in February. While posing as a “trendy” abortion office, it offers third-world style manual aspiration abortions along with the abortion pill.
“So far this year, abortion business closures are outpacing new openings by more than four to one,” said Newman. “It is clear that if Planned Parenthood is defunded by the Trump Administration, more abortion facilities and abortion referral centers will continue to close and more lives will be saved.” 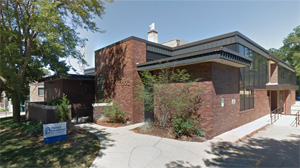