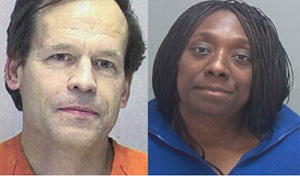 Elkton, MD – Operation Rescue has obtained the autopsy report of a late-term baby aborted by the notorious Steven Chase Brigham and Nicola Irene Riley in an incident that eventually led to the pair being arrested and temporarily jailed on murder charges.
“This autopsy report reminds us not only of the brutal nature of abortion, but of the fact that Brigham is still out there operating shoddy abortion clinics that are endangering lives. That is an injustice that needs to be rectified,” said Operation Rescue President Troy Newman. “We renew our call for the closure of every abortion clinic that is affiliated with Steven Chase Brigham in New Jersey, Virginia, and Florida, and anywhere else he might be operating nefariously.”
The remains of were seized by police during a raid of Brigham’s secret late-term abortion clinic in Elkton, Maryland, after staff of a local hospital reported that Brigham and Riley engaged in strange, evasive behavior while attempting to deliver to the emergency room a seriously injured 18-year old abortion patient, known as D.B.
The police raided Brigham’s mill and discovered a bloody freezer that contained the partial remains of D.B’s baby, who we are calling Baby B., along with 33 other sets of remains from late-term babies – one as old as 36 weeks. All were aborted illegally by Brigham, who was never licensed in Maryland, and Riley, a Utah abortionist who at that time had only two weeks experience in the more risky late-term abortions.
“Fragmented” remains of African-American baby
The body parts that were submitted for autopsy were produced to Maryland’s Chief Medical Examiner, David R. Fowler, in a small “Hefty Ziploc” plastic bag, which contained the partial fragmented body and placenta of D.B.’s aborted baby. Markings on the bag indicated the baby was 21.5 weeks gestation with a total clinical weight of 132 grams.
External examination during the autopsy found that the remains were that of an African-American fetus whose sex could not be determined from the fragmented remains.
Measurements and gestational age
Measurements of feet and long bones were used to determine the baby’s actual gestational age. Foot length measurement was “consistent with 21-25.2 weeks gestation” while long bone measurements “corresponded to an estimated gestational age of 25.2 weeks.”
These measurements indicate that Baby B. was likely a full month older than Brigham had diagnosed. A baby at 25.2 weeks weighs about two pounds and is considered “viable” or capable of living outside the womb if birthed prematurely.
Brutality of abortion
The autopsy report further noted that the medical examiner’s “investigation showed that this partial fetus was delivered by therapeutic abortion which resulted in injury to the mother and subsequent extraction from the abdominal cavity by C-section of the remaining portion of the fetus.”
Records from Baltimore’s Johns Hopkins Hospital, where D.B. was rushed from Elkton via Life Flight helicopter, indicate that a nearly intact fetus, missing only “its right arm and leg, and portions of its abdominal contents and rib cage,” had been pushed through a uterine tear and into D.B.’s upper abdominal cavity. Those remains were surgically removed at Johns Hopkins and were not part of the autopsy report. D.B.’s ordeal started on August 9, 2010, she went to American Women’s Center in Voorhees, New Jersey, where she was told she was 21.5 weeks pregnant. Brigham inserted laminaria to begin the abortion process then told D.B. to return the next day for the completion of the abortion.
However, Brigham was prohibited from doing abortions beyond 14 weeks in New Jersey, which explains why he would sneak the women across state lines to Maryland, where there is no gestational limit, to finish their abortions.
The next day, Brigham gave D.B. and two other women medication to induce their labors, then instructed them to get in their cars and follow him to another clinic. None of the women had any idea where they were being led.
Botched abortion
Once in Elkton, Brigham’s new hire, Nicola Riley, began D.B.’s Dilation and Extraction abortion with Brigham at her side consulting and training. At some point, Riley reached in with forceps for the purpose of further dismembering D.B.’s baby, and instead pulled out part of her bowel.
After a chaotic discussion about what to do next, Riley and Brigham loaded the critically injured young woman into Brigham’s rental car and drove her to nearby Union Hospital without so much as an IV hook-up. At the ER, Riley and Brigham delayed care for D.B. by refusing to step inside the ER and instead calling hospital staff outside to talk to them. Incredulously, Riley identified herself as a physician “that works at secret clinic that performs second trimester abortions in town.”
Sensing something terribly wrong, hospital staff notified the police, who later raided the “secret” clinic where Baby B.’s remains were discovered.
The entire story of D.B.’s horrific experience can be read in Operation Rescue’s heavily sourced article “Botched Abortion Nightmare” first published on September 13, 2010, which is based on over 300 pages of extraordinarily sensational interview transcripts with Riley, D.B. and others, along with medical records obtained through Freedom of Information Act requests.
Fallout
The fallout from this incident was dramatic and resulted in the suspension of the medical licenses of three abortionists, and launched investigations that spanned four states. News of the discovery of a multi-state illegal late-term abortion scheme shook the abortion industry and has resulted in new clinic regulations in Maryland that have closed a total of six abortion clinics, including all four of Brigham’s known sites in that state. In addition, the extra public scrutiny generated by this incident resulted in the closure of all five of Brigham’s Pennsylvania abortion clinics, including one in Philadelphia last year that he attempted to operate by subterfuge.
Murder charges
Because Brigham was never licensed to practice in Maryland, his participation in the abortions in Elkton was a violation of a criminal statute related to the unlicensed practice of medicine. The Cecil County State Attorney’s office determined that the deaths of the viable babies discovered in Brigham’s filthy freezer qualified for murder charges, since they were killed during the commission of a crime.
Both Brigham and Riley were arrested in their home states on five counts of First Degree Murder and extradited to Maryland, where unfortunately, the murder charges were eventually withdrawn after a crucial expert witness unexpectedly withdrew from the case.
Barred from practice, but not from profit
Since then Riley’s medical license in Maryland has been revoked, her Wyoming license surrendered under threat of revocation, and an application to practice in Virginia has been denied. Her Utah medical license which was restricted after the botched abortion incident, is now restored. However, Riley has claimed that she is finished with the business of abortion.
Brigham’s last remaining medical license in New Jersey has been on suspension since that 2010 incident. There has yet to be a final determination on whether or not the state will revoke that license after a disciplinary hearing was held in October, 2013.
Nevertheless, Brigham continues to profit from his chain of at least 11 appallingly shoddy abortion clinics in New Jersey, Virginia, and Florida where he employs abortionists with frighteningly troubled histories who place the lives and health of women in danger every day. Shockingly, his Voorhees, New Jersey, headquarters, which was the first stop on Brigham’s illegal bi-state late-term abortion scheme, remains open.
Christian burial for babies On November 15, 2010, the bodies of the babies discovered in Brigham’s bloody freezer in Elkton were buried in a religious ceremony at Immaculate Conception Cemetery in Cherry Hill, Maryland. That funeral was presided over by the Rev. Joe Piekarski of Immaculate Conception Church, who was able to secure the release of the bodies from the medical examiner’s office in Baltimore for burial.
Nevertheless, there is a sense that justice still has not been served for those 35 tiny victims or for the countless women injured – and even killed – by Brigham and his cohorts over the years.
“As long as Brigham continues to operate and profit from abortion businesses, there will never be closure. We will continue to expose this abortion criminal and demand enforcement until he is either behind bars where he belongs or permanently banned from any participation in every kind of medically related business – or both. Until that happens, the women and babies he preys upon will remain at grave risk.”
Full Autopsy Report for Baby B