Abortionist’s “handiwork” buried in landfill near his home

WICHITA, KS — Operation Rescue has learned that the remains of pre-born babies aborted at Wichita’s lesser-known abortion mill, Central Women’s Services, are being dumped in the Johnson County Landfill near Kansas City, turning the private dump site into a graveyard for perhaps hundreds of pre-born children.
Sidewalk Counselor Jennifer McCoy encountered couriers from Engineered Recovery Systems, Inc. (ERS) on Monday, July 18, 2005. She has told Operation Rescue that she witnessed one of the couriers removing a box labeled as infectious waste from the abortion mill. The courier indicated to Mrs. McCoy that he understood the contents of the box to be the remains of aborted babies.
Mrs. McCoy believes that the container could have held approximately 24 aborted children. “There were about 24 abortions last Wednesday at Central,” she said.
Abortionist Sherman Zaremski, 73, a resident of Johnson County, travels to Wichita every other Wednesday to abort babies at the Central mill. But what happened to those babies had remained a mystery until now. The babies are processed, returned to Johnson County, and dumped not far from the Zaremski home.

According to the ERS website, infectious waste, such as the bodies of aborted babies, is first taken to their plant located at 1021 S. Spencer in Newton, Kansas, where it is “processed.”

The Johnson County Landfill is a privately owned dumpsite located at 17599 Holiday Dr. in Shawnee Mission, Kansas. Appointments are required for entry to the landfill.
“This company is not only profiting from the shedding of innocent blood, but it literally treating the babies as if they were garbage,” said OR president Troy Newman. “It should shock the good people of Newton that a business in their home town is displaying such callous disregard for human life.”
Operation Rescue urges men and women of conscience to contact ERS and ask them to stop their business association with Central Women’s Services.
Contact:
Engineered Recovery Systems. Inc.
Mike Lettner
1021 S. Spencer, Newton, KS 67114
316-283-5943
Erstch@PlanetKc.Com 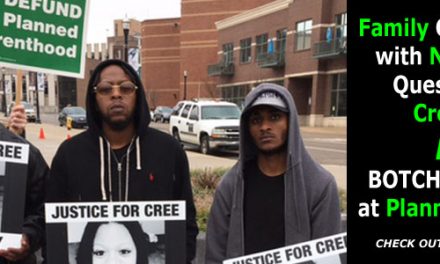