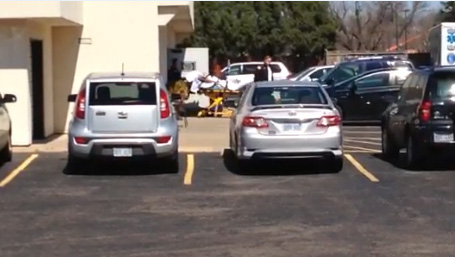 By Cheryl Sullenger
Wichita, KS — After initially being denied access to a public 911 audio recording related to a medical emergency at a Wichita, Kansas, abortion clinic, Operation Rescue has obtained the recording through a third party.
The recording of the 911 call placed on March 26, 2015, indicates that a 24-year old woman hemorrhaged after an abortion at the South Wind Women’s Center and required speedy transport to a local hospital.
The Computer Aided Dispatch transcript obtained earlier by Operation Rescue identified the caller as Julie Burkhart, who is the owner and CEO of South Wind Women’s Center, which opened in 2013 in the building left vacant by the closure of George Tiller’s infamous late-term abortion clinic in 2009.

During the call, the dispatcher asked several times if Burkhart wanted the ambulance to run with red lights and sirens. At first, Burkhart told the dispatcher it wasn’t necessary, but later in the call she changed her mind. Burkhart has no medical background. She once worked for George Tiller’s now defunct political action committee as a lobbyist. Later, her own Trust Women PAC was disbanded after Operation Rescue uncovered improper disbursements to South Wind to help finance the abortion clinic’s opening and other financial improprieties that earned the PAC multiple fines from the Federal Election Commission.
The abortionist believed to have been on duty at the time was Cheryl Chastine, who had little or no surgical abortion experience before going to work for Burkhart in 2013.
Accessing abortion-related 911 records in Wichita has been problematic since Operation Rescue made public a 911 recording placed on January 13, 2005, from what was then Tiller’s Women’s Health Care Services abortion clinic. The patient who was the subject of that call was 19-year old Christin Gilbert, who died from a botched third-trimester abortion procedure.
In the 2005 recording, one of Tiller’s receptionists can be heard telling the emergency dispatcher, “Please, please, please! No lights! No sirens!”
At that time, the dispatcher indicated that he could not control that, a policy that has now apparently changed.
Since then, Operation Rescue has been repeatedly denied access to 911 recordings concerning abortion-related to medical emergencies in Wichita, citing a misused out-of-context provision in the Kansas Open Records Act. Last week, after the recording was released to a third party, Operation Rescue made a second request for the March recording, which was finally granted over three months after the initial request.
“If records are considered public, they should be promptly given out to anyone upon request,” said Newman. “Instead, Operation Rescue is repeatedly denied 911 recordings, while others are able to easily and promptly get them. That shows a discriminatory policy in the city government that is effectively protecting abortionists by keeping their misdeeds secret. This inconsistent policy is a clear violation of the Kansas Open Records Act.”
Read the initial breaking news report by Operation Rescue 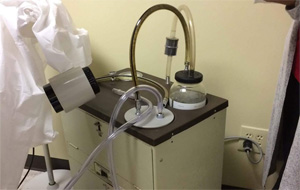