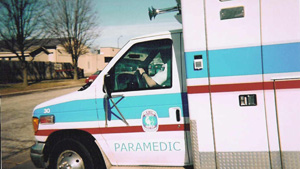 Wichita, KS – Operation Rescue has released a video today featuring a 911 audio recording placed January 13, 2005, on the day Christin Gilbert, 19, died from a botched third-trimester abortion at a now-shuttered late-term abortion facility in Wichita, Kansas.
“Even though this 911 recording is over 13 years old, it is significant today because the abortionist responsible for Christin Gilbert’s fatal abortion was LeRoy Carhart,” said Operation Rescue President Troy Newman. “Given his most recent botched abortion, in which an abortion patient hemorrhaged so severely that she lost half her blood supply and could have easily died, it is important to revisit the Gilbert case and realize just how little consideration this abortionist has for the lives of his patients.” 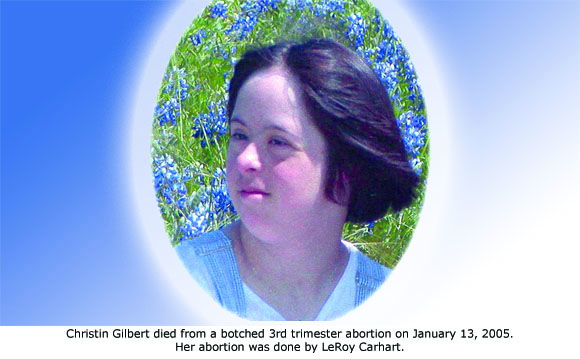 Christin Gilbert was a 19-year old with Down syndrome who became pregnant in 2004 due to sexual assault. Her parents did not realize that Christin was with child until her pregnancy was well advanced. They took her to George Tiller’s Women’s Health Care Services (WHCS) in Wichita, Kansas, which was at that time the largest free-standing late-term abortion facility outside Communist China.
Carhart was employed by WHCS and was on duty when Christin was brought in for her 29-week abortion.
Due to her disability, Christin was an innocent victim in every sense. Shemade no decision to become pregnant or to have an abortion. Both were forced upon her, and perhaps that makes her story so much more tragic.
After Christin’s abortion, she grew ill and drifted in and out of consciousness. Her parents returned her to the abortion clinic where she passed out once again. Carhart’s efforts to resuscitate her proved futile.
Finally, 911 was called by former clinic worker Marguerite Reed. From the start, Reed was defensive and evasive. While Christin’s live ebbed away, she placed the 911 dispatcher on hold for a painfully long 45 seconds, only to return more defiant than ever, with no information about Christin’s critical condition that could have assisted emergency responders.
An ambulance transported Christin to Wesley Medical Center where she was later pronounced dead. The paramedics that bought Christin to the hospital appeared grim and worried as they rushed her gurney into the emergency room.
Despite every effort possible, including a medical board complaint, a grand jury investigation, and an appeal to former Kansas Gov. Kathleen Sebelius, both Carhart and clinic owner George Tiller were never held accountable for Christin Gilbert’s tragic and avoidable death.
After WHCS closed in 2009, Carhart relocated his late-term abortion business to Germantown, Maryland, where he conducted another fatal third-trimester abortion on Jennifer Morbelli, a 29-year old grade school teacher.
Now, Carhart is also operating in Bethesda, Maryland doing abortions throughout all nine months of pregnancy.
“Carhart has killed before and he will kill again. It’s just a matter of time,” said Newman. “As Carhart has aged, he has gotten sloppier with these dangerous late-term abortions. His most recent patient emergency came far too close to being another fatality. Medical boards in Nebraska and Maryland need to stop playing politics and protect women from Carhart’s negligence before someone else dies.”
Read the complete story of Christin Gilbert’s abortion and the political corruption that thwarted justice. 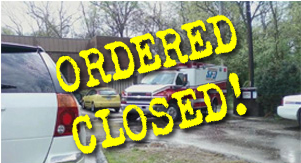 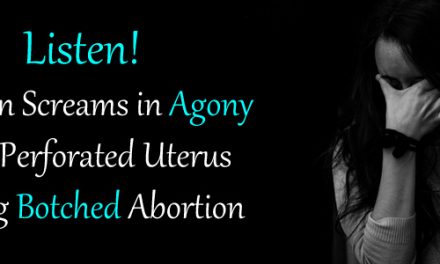