Wichita, KS — The abortion worker who placed the evasive 911 call in the death of a 19-year old Downs syndrome patient is no longer employed by abortionist George R. Tiller at Women’s Health Care Services (WHCS).
Marguerite Reed noted on July 31, 2007, in her personal blog that she would not be returning to work. “I am perfectly content. Thank you, God,” she wrote. Reed had worked for Tiller for 12 years. Tiller is currently facing 19 charges of committing illegal late-term abortions. His clinic has been closed since July 31.
Operation Rescue staff members had observed Reed leaving the abortion clinic that same day looking upset.
Reed was working on January 13, 2005, when Christin Gilbert was brought to WHCS suffering from fatal complications to a botched third-trimester abortion. After Gilbert had been at the clinic for nearly an hour, Reed placed a call to 911 asking for an ambulance, adding, “Please! Please! Please! No lights and no sirens!” She then placed the emergency dispatcher on hold for 45 critical seconds as Gilbert’s life slipped away. The dispatcher noted on a written transcript that Reed was “evasive” and uncooperative.
Reed had often commented on her blog about her dissatisfaction with her stressful job and desire to be a stay-at-home mom where she could also pursue her love of writing. A web site, “George Tiller Revealed”, quotes her as saying, “The less I write, the longer it will take me to reach my goal, which is to be able to Quit the Job. I ache to be an at-home mother. I feel as if I’m missing out on so much.” She also talked about the stresses of having to deal with “all these crying people.”
“We had often prayed for Marguerite to quit her job so she could spend more time with her family and pursuing other interests, and told her that on a number of occasions,” said Operation Rescue spokesperson Cheryl Sullenger. “I can’t imagine a more stressful place to work, given that the horrific nature of the business is compounded by Tiller’s criminal charges. We are relieved that she is no longer directly involved in the abortion industry, and pray that she will find the peace that passes understanding that comes from seeking forgiveness in Jesus Christ.” 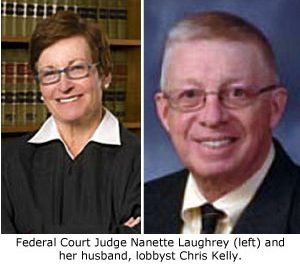