By Cheryl Sullenger
Jefferson City – Late yesterday, the full Eighth Circuit Court of Appeals stayed a preliminary injunction issued by a lower court that had blocked enforcement of existing Missouri abortion safety laws requiring abortionists to maintain hospital privileges within 30 miles of the place where they conduct abortions.
It is now expected that no facility license will be issued to three Missouri Planned Parenthood offices that applied for licensing to conduct abortions under the injunction. Those offices are in Columbia, Springfield, and Joplin.
“I applaud the Eighth Circuit’s decision,” Attorney General Josh Hawley stated in an e-mail to news outlets. “The health and safety of Missouri women will now be protected while the court considers the merit of our appeal.”
Friday’s stay is a temporary one pending the outcome of the state’s appeal of the preliminary injunction, which will now be heard before the full Eighth Circuit Court of Appeals. It came just days after another ruling that allowed the state to seek the stay.
Missouri pro-life activists were equally thrilled about the ruling that will keep abortions out of the three communities, which they consider an answer to prayers.
The new ruling came just days before the Planned Parenthood office in Columbia was expected to be licensed for surgical and medication abortions.
None of the three Planned Parenthood facilities are in compliance with the hospital privilege rule or the facility requirements of the existing law.
“We are very grateful for the last-minute reprieve from the Eighth Circuit that allows the Department of Health to fulfill its duty to protect the public,” said Troy Newman, President of Operation Rescue. “Licensing these substandard facilities for abortions would have been a grave mistake that would have cost the lives of babies, and endangered their mothers.”
However, the stay does not affect the newly licensed Planned Parenthood facility in Kansas City, which plans to dispense abortion pills as early as next week.
“Missouri also has a 72 hour waiting period, so even though Planned Parenthood says they will begin abortions on Monday, I believe they can really only begin the process of informed consent on Monday,” said Newman. “I encourage pro-life supporters in the Kansas City area to maintain a steady presence at that facility starting early Monday. There will still be time to save lives.”
Read the Order dated September 15, 2017
Read related story, “Planned Parenthood’s Missouri Abortion Expansion Plans May Be Fleeting” 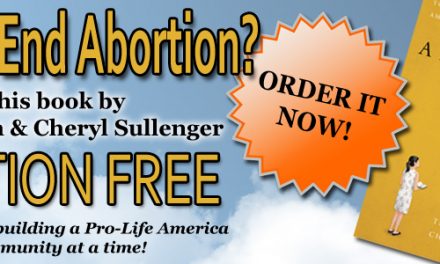 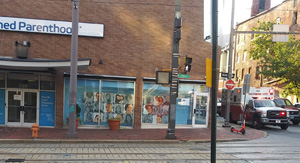