To mark the 36th Memorial of the Roe v. Wade Supreme Court decision that decriminalized abortion, Operation Rescue and Born Alive Truth are sponsoring the world premiere of the new movie “22 Weeks” in three locations around the nation.
The movie is based on the true story of a woman who had an abortion at an Orlando abortion clinic in her 22nd week of pregnancy. But something goes wrong and her tiny son is born alive.
“This powerful movie is a strong statement about abortion in general and late-term abortion in particular, and the devastating impact abortions have, not only on the mothers, but the people around them,” said Operation Rescue President Troy Newman. “It is particularly relevant in light of recent events involving the nation’s biggest late-term abortionist George Tiller.”
Tiller, who has built his reputation aborting babies after 22 weeks gestation, faces 19 criminal charges of conducting illegal abortions. Operation Rescue also released the results of an undercover investigation earlier this week that caught Tiller’s abortion clinic faking a sonogram to avoid complying with the law.
Because of the underwriting of the movie’s sponsors, all showings are presented free of charge. The movie will premiere the following cities:
Washington, DC

The locations were chosen because of their significance to the story of “22 Weeks.” Washington, DC is where the Supreme Court decriminalized abortion, Orlando, Florida is where the incident in the story took place, and Wichita, Kansas, is considered the Late-term Abortion Capital of the World, where babies are aborted up until the day before birth.
The movie is approximately 30 minutes in length. Due to strong subject matter, parental discretion is advised. 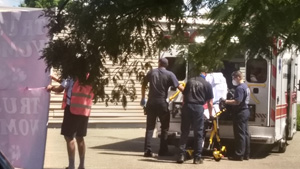 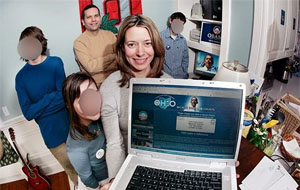