Wichita, KS – A billboard-sized banner on the front of Operation Rescue’s National Headquarters in Wichita, Kansas, has been vandalized on the day after Gov. Sam Brownback signed into law sweeping clinic regulations supported by Operation Rescue that could close two of the three remaining abortion clinic in the state. The banner directed women to a pregnancy help center next door that offers free, practical help to pregnant women.
“Whenever there is significant progress on one of our projects, or when we are under attack by pro-abortion supporters in the news, we have incidents of vandalism, in spite of all our security precautions,” said Operation Rescue President Troy Newman.
“But in this case, the vandals are taking it out on pregnant women. Now that Wichita is abortion free, women need the services of our friends next door more than ever. We want to help direct women to those life-saving services,” said Newman. “It is a sorry state of affairs when pro-abortion people want to deny women access to free pregnancy tests, ultrasounds, and other practical assistance.”
This is the third time the banner has been vandalized, and now it must be replaced.
Operation Rescue’s offices are in a former abortion clinic that the group bought and closed in 2006. The building, which was left in dangerously poor condition by the abortion clinic, underwent a complete renovation and is now a place where OR works to stop abortion nationwide.
Operation Rescue is using the front of the building along busy Central Avenue to advertise free pregnancy testing and other services at A Better Choice, a pregnancy help center directly next door to Operation Rescue’s office.
Immediately after it went up in September, 2010, the banner began to work, and traffic into the pro-life center increased nearly ten percent. Within the first two days, four women made decisions to keep their babies after seeing the banner and seeking help at A Better Choice. Dozens of women have received needed assistance over the past few months as a result of the advertising.
Operation Rescue is seeking donations to replace the banner.
“Our budget is tight in this struggling economy, but this banner has been so effective at saving lives, it would be wrong not to replace it,” said Newman. “We have faith that our dedicated supporters will come through, and that we can raise the replacement costs very soon.”
Donations can be made online by clicking here.
For other giving options, please click here. 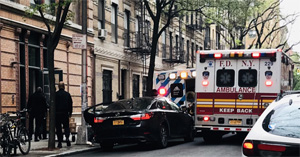 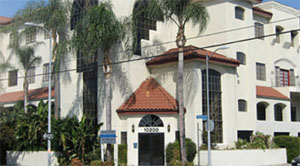 Urgent Video: “Now is the time to stand for life and justice on the streets of D.C.”