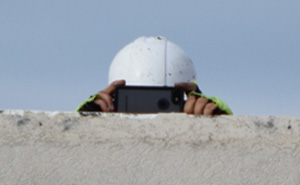 By Cheryl Sullenger
Wichita, KS – A new group of secretive roofers have resumed work on the South Wind Women’s Center, an abortion facility in Wichita, Kansas.
The roofing project had been left more than half done for several weeks after another roofing company walked off the job when they discovered the building was actually an abortion facility, and not a real estate office, as they had been led to believe.
Right now, it appears that the group of four men are only working on weekends when the abortion facility is closed — and making slow headway in the process.
When the men saw pro-life activists photographing the work on Saturday, September 30, 2017, they ducked down behind the parapet at the edge of the roof to prevent their faces from being photographed. One man donned a hard hat and tied a bandanna around his face to avoid being identified.
“Every time they saw one of us taking a picture, they stopped work and hid or took pictures of us. This behavior went on for several hours, so not much work was actually being done on the roof,” said an Operation Rescue staffer who watched the bizarre behavior unfold.
“These people want to profit from roofing an abortion facility, but they don’t want anyone to know they are collaborating in the business of abortion. It’s really shameful behavior, and they refuse to own it,” said Troy Newman, President of Operation Rescue.
Workers’ vehicles at the site had no markings to indicate a company name. It is possible that the men are working under the table and outside of any legitimate roofing business.
Operation Rescue called the City Building Permits Department and was told that no permit was on file for the new roof construction, so an enforcement officer would be asked to investigate.
By the way, the weather forecast for today in Wichita is heavy rain. 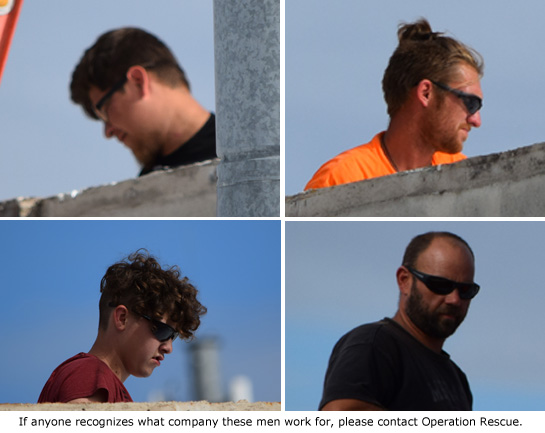 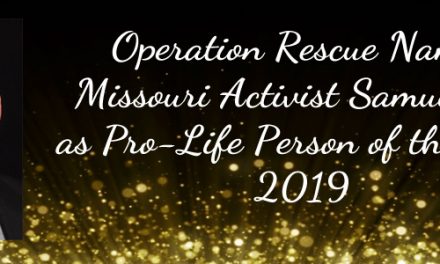